Greetings warriors of the abyss! After selling my personal Imperial Fists army, I knew I had to jump into a project I'd been dying to work on for years and years! I've always been a fan of the Imperial Guard. Lots of tanks, massed infantry, the order system, everything just had a narrative feel to it. I'm a total sucker for the Gaunt's Ghosts books for that reason! My first army was Imperial Guard, and I knew it was time to redo that army with the skills and tricks I've acquired over the last five years of painting. This time, though, they took on a darker side.... 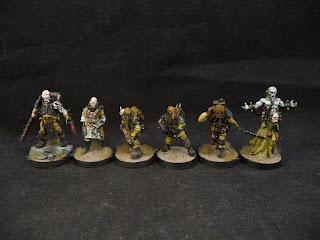 The Renegade Command Squad, led by the brutal tyrant Ornifex Zaan, on left. Not shown is the standard bearer, who still needs to get his standard painted! 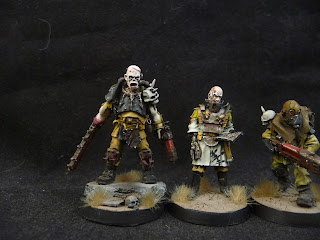 Doubling as either a Company Commander or an Arch-Demagogue, Zaan here is a brutal looking miniature, and reminds me a lot of the ghouls from Fallout! His adjunctant is the limited edition Warlord Princeps from Forge World, and is used as a Regimental Advisor. I also have the limited edition Navigator to work as an Astropath. 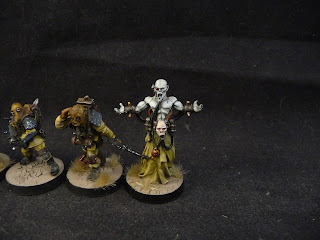 The Rogue Psyker Tru'ul; I opted for a sickly, pallid flesh tone to really give him a corpse-like look. Even the decapitated psyker head at his belt looks more lively than he does! He works as a Rogue Psyker or a Primaris Psyker, depending on the ruleset. 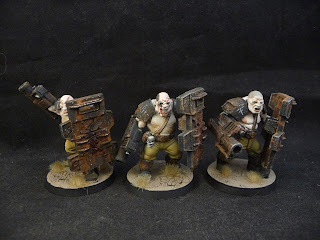 Last time I did Guard, there were no plastic Ogryn! If you're not running ogryn, you're missing out on a fun, hard-hitting unit! I also have another box that will become standard Ogryn, and both units will get a Taurox to ride around in. 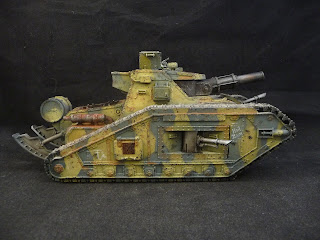 The big centerpiece unit for the army is a renegade Malcador! While I love the model, its actually smaller than I expected, and I question its Superheavy status! Opted for 3 Lascannons and the Battle Cannon for extra armor destroying goodness! 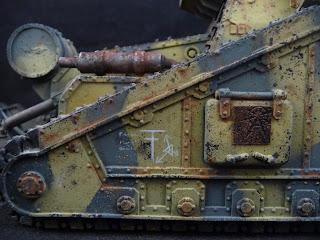 Plenty of heretical runes and glyphs adorn the tank! 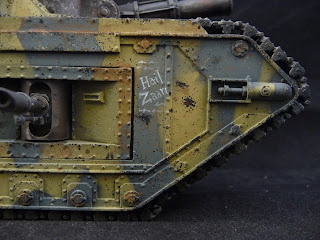 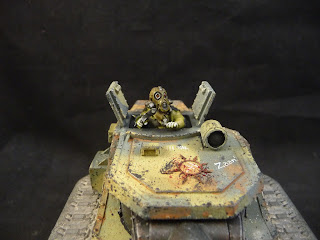 The renegade brass etch is wonderful, and really adds that extra detail to the tanks. The Malcador comes with both Imperial and Renegade crew, and I'm sure the Imperial one will end up in a commission project very soon! 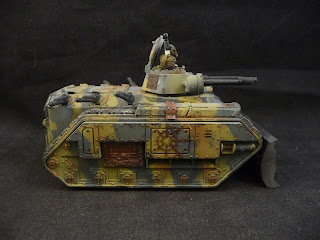 Side shot of the command chimera. Lots of weathering, lots of dust and grit. When the army's done I'll show off more angles. 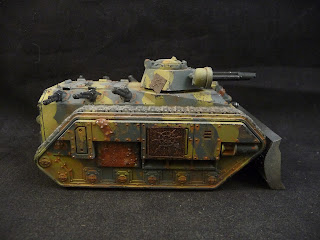 Side shot of the Platoon command's chimera. 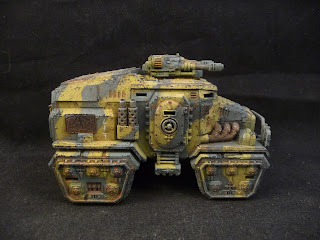 The first Taurox; while I can't run them in the Renegades list in IA13, these are great little transports for Veterans and Ogryn in the standard codex! 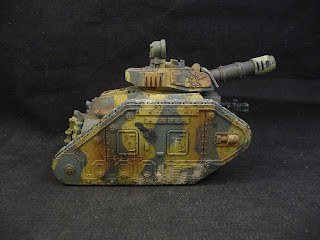 And what would a Guard army be without some Leman Russ! I have a second one that required a lot of cleanup and conversion work, and the goal overall is to add a third armed with a Demolisher Cannon!

On the workbench I've got 30 Infantry, as well as some heavy weapons teams, 30 Veterans (I'll be using renegade Death Korps for them) as well as some enforcers and a Platoon command. I'm booked until mid 2016 though, so we'll see when the next update on them is!