So I sat down this weekend and found some time to finish that Nurgle Heldrake commission! I've gotta say, this model is incredibly fun to paint, albeit a tad tedious at times...so much...trim...but I digress...

The client wanted a good ol' fashioned Nurgle theme with a swampy base, so I'll let the pictures tell the story! 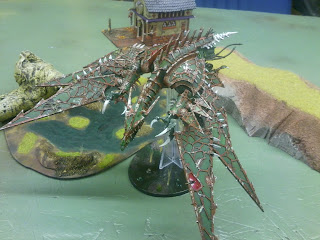 His little bony tail is a nice touch on the model, as it adds more color to the piece. 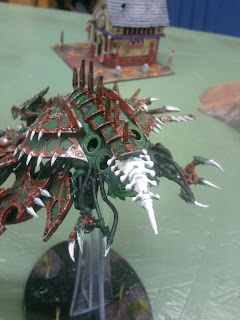 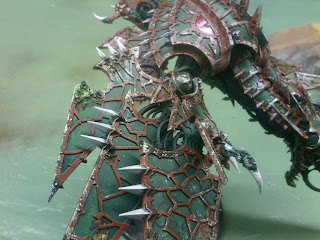 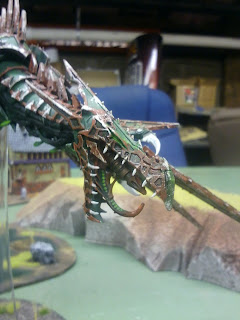 Can't go wrong with that Baleflamer! 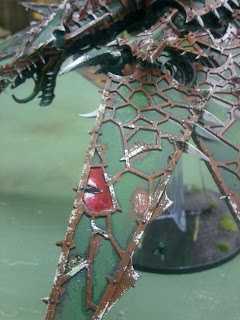 Eye see you! One of three sickly looking eyeballs on the model! 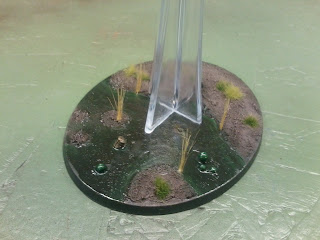 The base was incredibly simple to do. The ground is just black lava, while the swamp was achieved by painting the base the desired green color. After it'd dried, I applied a coat of gloss varnish, followed by a coat of Elmer's White glue. When that had nearly dried, I took the butt of a brush and created ripples and rifts in the water. Finally, a second coat of gloss varnish was applied! The bubbles are a mix of metal BBs and the back end of plastic skulls. The foliage is various Army Painter tufts and the bristles off an old crappy brush! 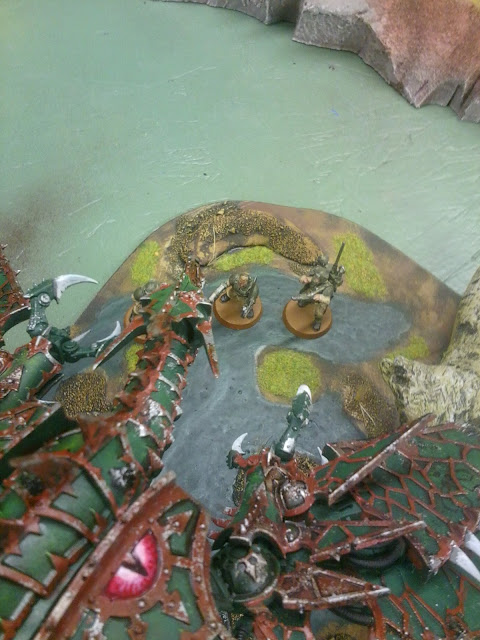 And, for good measure, a bird's eye view of some unfortunate Guardsmen about to become charred messes!

Whew! The next three weeks are going to be insane, with projects and graduation looming in the distance. But next up is a Valkyrie and some Space Wolves! Stay tuned!