Its been a full week since I got back from my mini-vacation, and I've already been nose-deep in painting projects! This commission is an add-on to Guilliman and a set of vehicles I've completed over the course of the year! 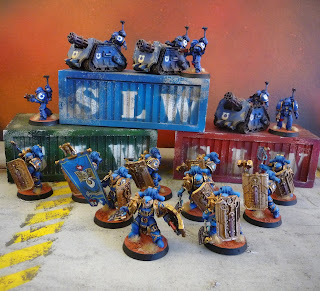 The gang's all here! 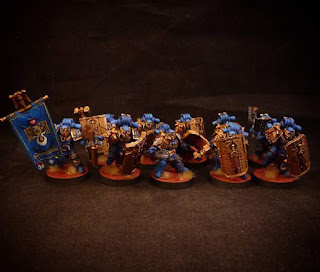 The first chunk is a 10 man Suzerain squad. Client wanted 2 Thunderhammers, as well as a banner to go with the squad. These guys are going to be scary rolling out of their transport alongside the primarch! 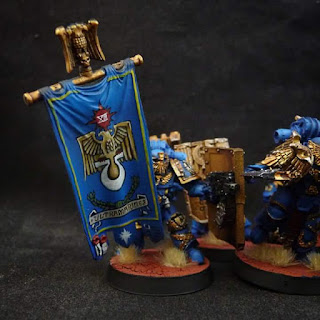 A simple freehand banner, based on the 40k Ultramarines 2nd Company one. The basic shapes were drawn in with a Micron pen, then it was all colored in from there! 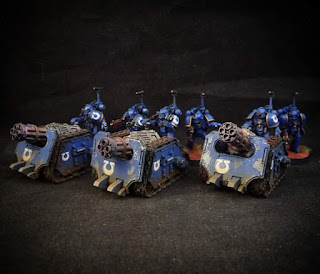 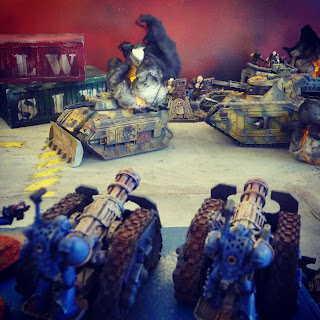 Ultramarines artillery rain death down upon the lines of traitor Militarum! For the 500 Worlds!

This is a super busy month guys! Lots of White Scars due towards the end of the month, and a couple of one-off fun projects to keep my brain from melting under all that white!

Presented by Granesh at 3:46 PM