Like a lot of you, I was very excited to see GW tackle Adeptus Mechanicus. I've slowly been picking up their units, hoping to build the Battle Maniple formation. With the reveal of new Mechanicum stuff today, that goal may change, but I'm still adding to the force!

At the moment, I have a squad of Vanguard, a squad of rangers, a squad of Infiltrators, and a pair of Onager Dunecrawlers. Only the vanguard and Dunecrawlers are finished, and I'll be sure to post more pictures as I complete them! I opted for yellow to compliment my Imperial Fists and my Hawkshroud Knight. The vehicles got black with yellow accents to differentiate the schemes and keep them fresh while still matching the other forces.

Currently working on a commission of Tau that should be done later this week, and after that is a very fun commission I'll share soon enough! 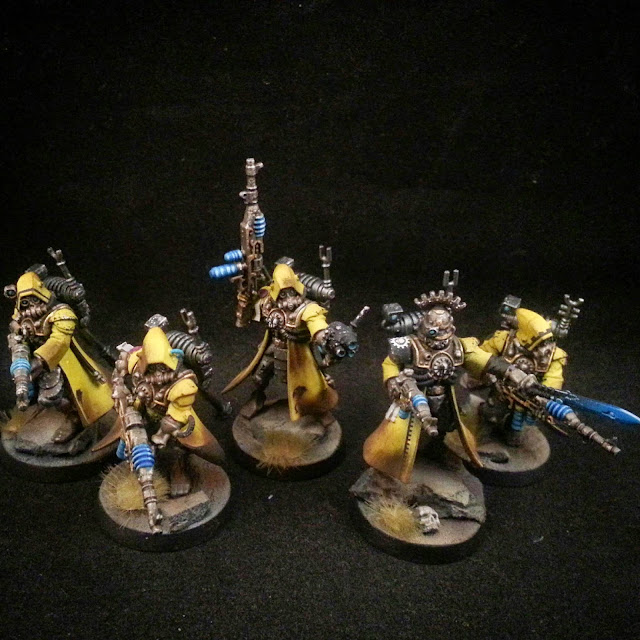 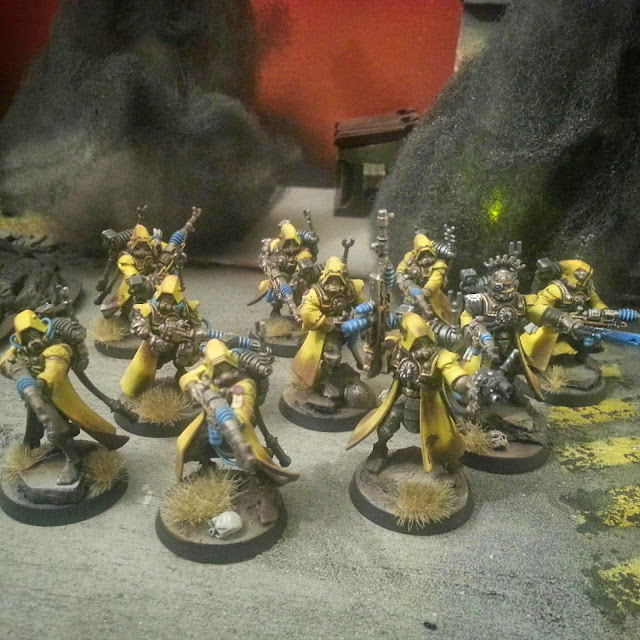 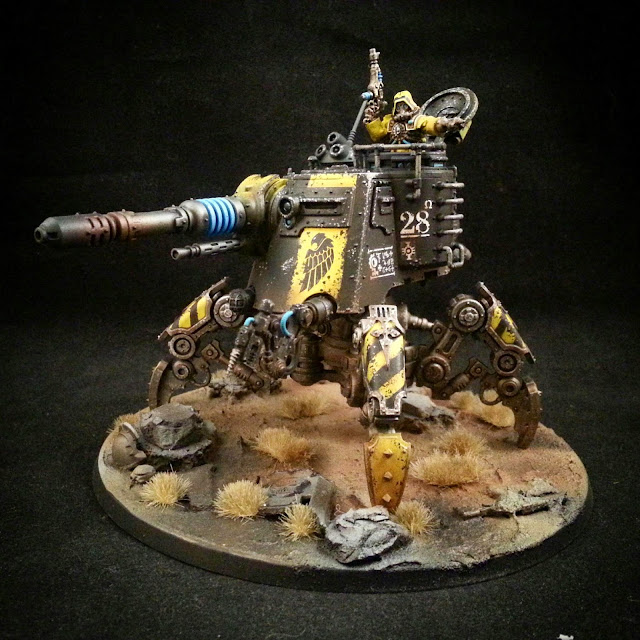 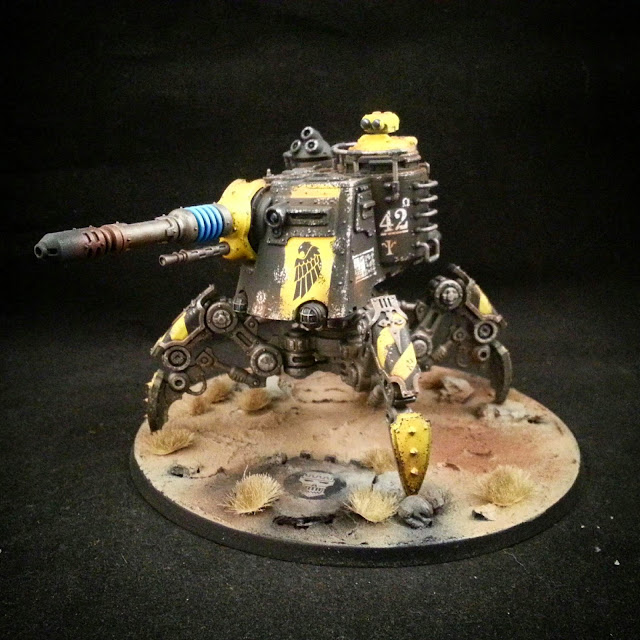 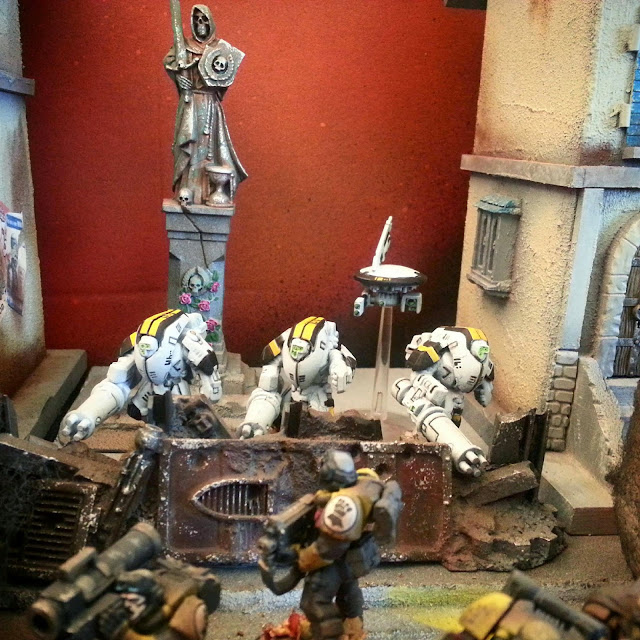 Presented by Granesh at 9:38 PM