Been a bit since I posted over here, I have a lot to show everyone! This time around though is a commission of Ultramarines vehicles for a client's growing Horus Heresy force! Will be adding more in the future, including Guilleman himself!

The project was fairly straightforward with some slight problems in the assembly procress. The Spartan was broken and half assembled when it arrived, thus the mismatched tracks and off kilter to the model. Otherwise the commission was a treat to work on, as Forge World always is!

Also included is a shot of the Ultramarines with my Imperial Fists flyers! That's a lot of air superiority right there!

Will post up some personal work tomorrow, been working on my own Skitarii and a for sale Eldar force that's sure to turn heads! 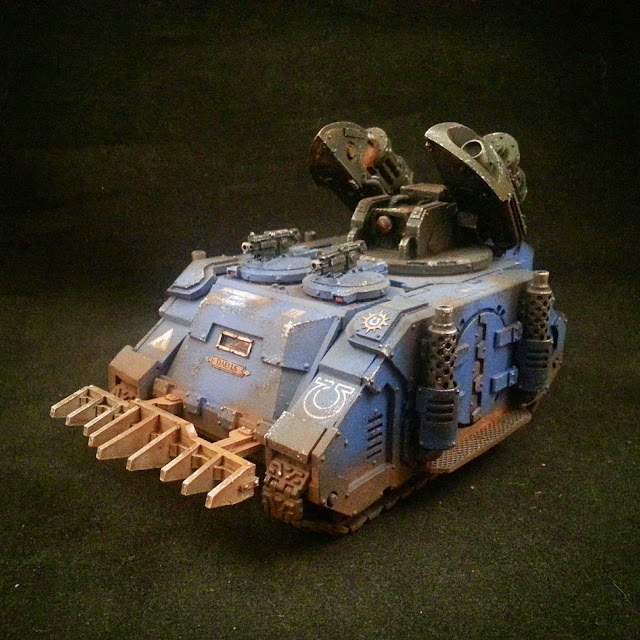 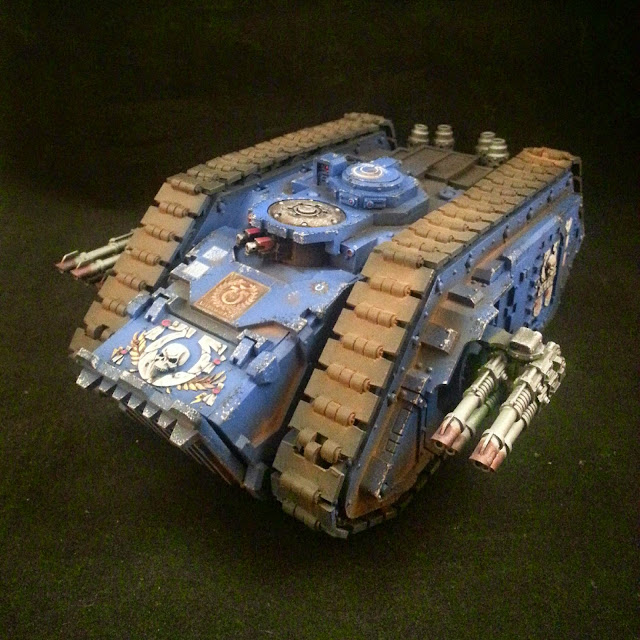 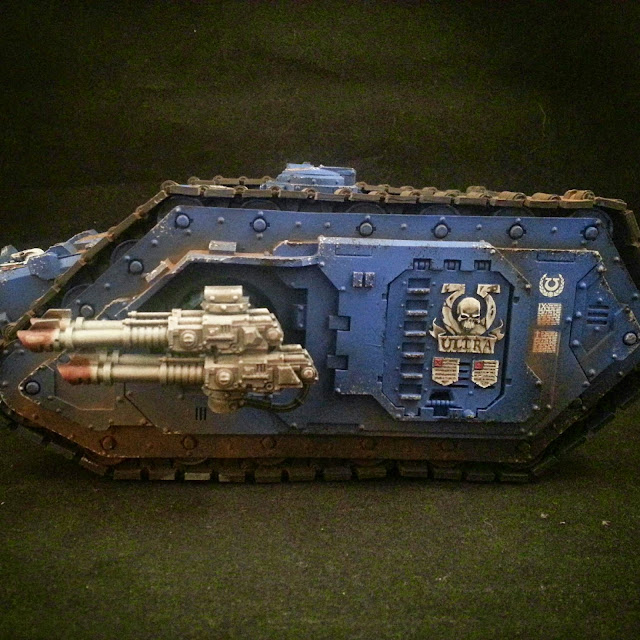 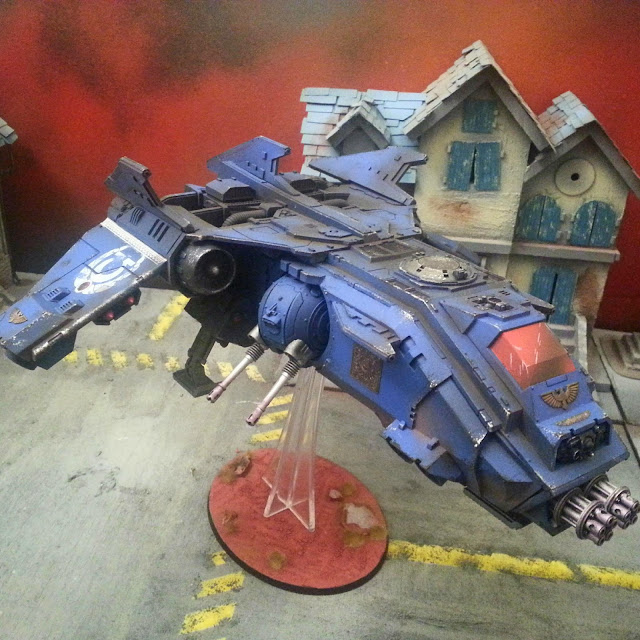 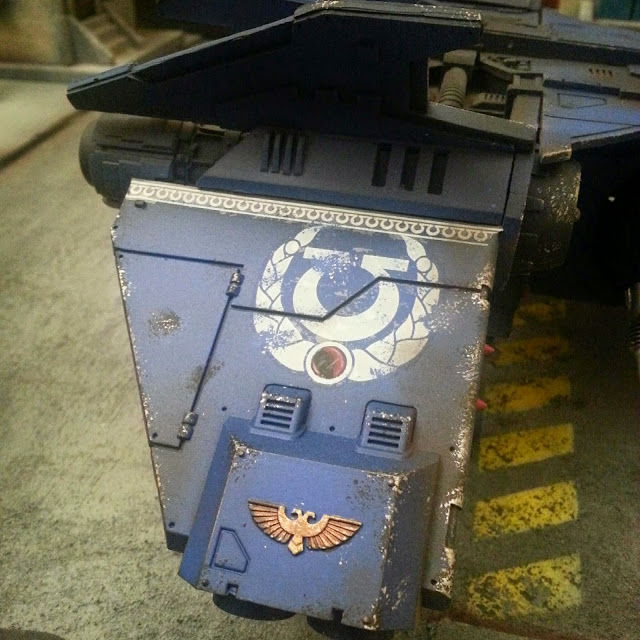 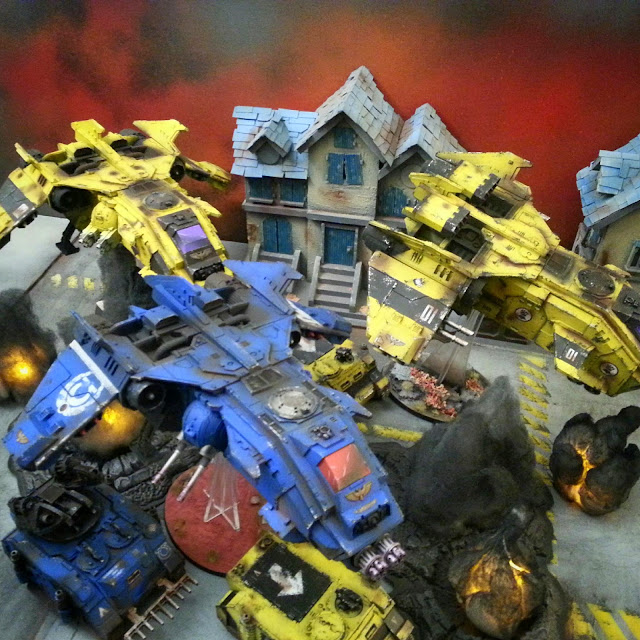 Presented by Granesh at 5:09 PM