Sorry for the time between posts, I’ve been taking care of my sick girlfriend and working on painting. I have been busy though, so lets jump right into some pictures!

First off, I dropped all my store credit for working on Dreadfleet for Durango Game Space on a Vindicator, a box of Necron Warriors, and a Finecast Cryptek. The warriors and Cryptek is going to have to wait, but I had some freetime on Saturday, so I got to work on the Vindicator!

I hate taking pictures of my Alpha Legion, the teal-green turns more into a blue…. 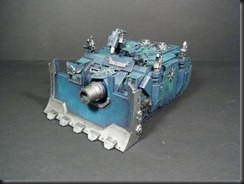 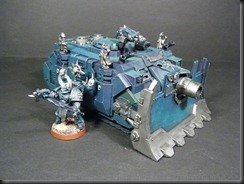 Rocking the Combi-Melta (cut the bolter barrel off one end, then glue a Meltagun barrel in its place), some chaos icons, and the Gargoyle smokestacks, I’m really happy with this model so far. 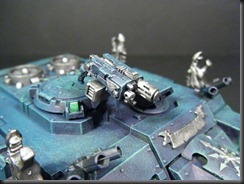 There’s also freehand on the barrel cover that reads “We are Legion; We are Many”, but I missed the chance to take a picture. I’ll throw one up when its done.

Table Top War’s own Magilla Gurilla, as I’ve stated before, has commissioned me to do his new Grey Knights army, and pieces have begun to arrive. First to arrive was a box from GW, containing a bunch of 25mm round bases, as well as: 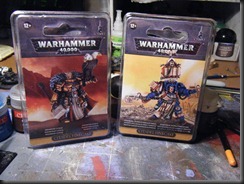 I can’t wait to get started on these guys, they look like a blast to do! I’ve done Coteaz before, so I know just how nice that model is!

And, finally, DREADFLEET! There’s some beautiful models here, lots of details and little things to paint up. I’m sure this is how doing a Dystopian Wars fleet would feel. 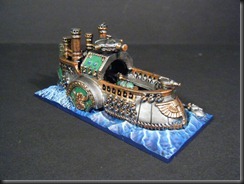 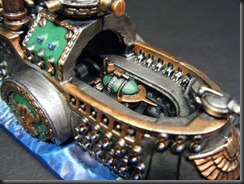 Love the detail on these ships. The dwarf ship spits out dirigibles! Its awesome! 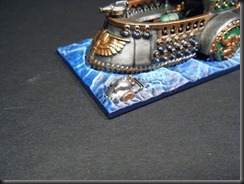 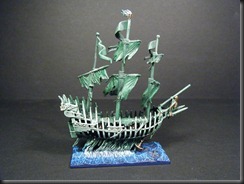 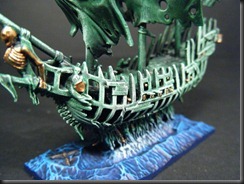 Lastly for the major ships right now, the Kraken: 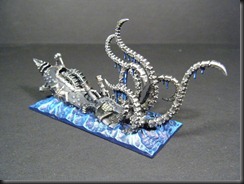 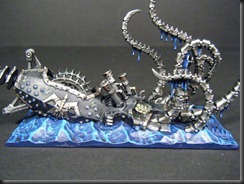 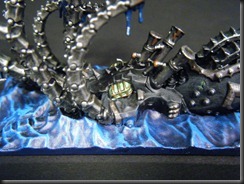 Lots of metal, so more washes than I like to do, but these guys look sweet right now!

Also done is the Dwarven Dirigible and some Cogs. 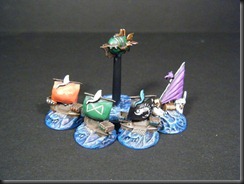 I’m trying to match them to their larger counterparts. Here’s a better shot of the Sigmarian Cog’s Freehand: 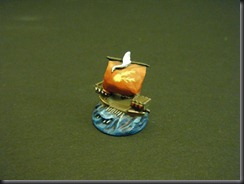 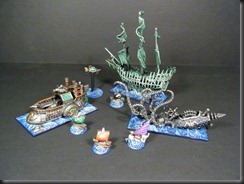 Next up is the Seadrake and the Swordfish, as well as some more Cogs and the Dragon! Lots of pictures coming up in the next couple of days!